An International Relations Perspective on the Hong Kong Protests

After reading a lot of posts here, I figured I’d share an analysis of the Hong Kong protests based on three international relations theories. u/Cyfiero has a far better understanding of the topic that I and you should refer to that explanation for a more accurate analysis.

Realism states that countries try to increase their power in order to protect their security. Governments should act as a unitary actor and war (military and economic) is the solution to problems. One of my friends who studied international relations in China was told that China is realist but pretending to use alternate methods of negotiation can help China gain power over other countries.

Liberalism states that countries and people want economic prosperity and stability. Compromise is the best solution to problems and cooperation makes everybody better off. Many Western societies focus on liberalist ideas to create international organizations and trade agreements.

Constructivism states that shared ideas and social meanings lead people and countries to act. If a system is broken, people have the ability to fix it. The people of Hong Kong believe that goals, fears and identity are based on social interactions while actions are based on the social situation.

With this understanding, we can see why many news sources focus on things like housing prices when it’s obvious that the people of Hong Kong are asking for universal suffrage. For a liberalist, economic well being is a fundamental human desire. But to a constructivist, economic prosperity is only valuable when people think it’s valuable. Currently, many Hong Kongers believe freedom, human rights and democracy are more important than economics. Liberalists believe that solving the economic problems is the most important way to create stability but to the people of Hong Kong, fixing dysfunctional social structures such as the political system is more important.

Many Westerners see how democracy in their own countries have problems and feel disillusioned by democracy. The people in Hong Kong understand this but also believe that a broken democracy is more easily fixed than a system which ignores the people. The criticism that a certain system is imperfect does not mean it is not better than the current system.

China, being realist, sees suppression, threats and force as the best way to resolve the situation. Giving in to the people would demonstrate a lack of power and they don’t want to g

👍︎ 12
📰︎ r/HongKong
💬︎
👤︎ u/bloncx
🚨︎ report
What are the differences between constructivism and Poststructuralism with regard to IR theory? 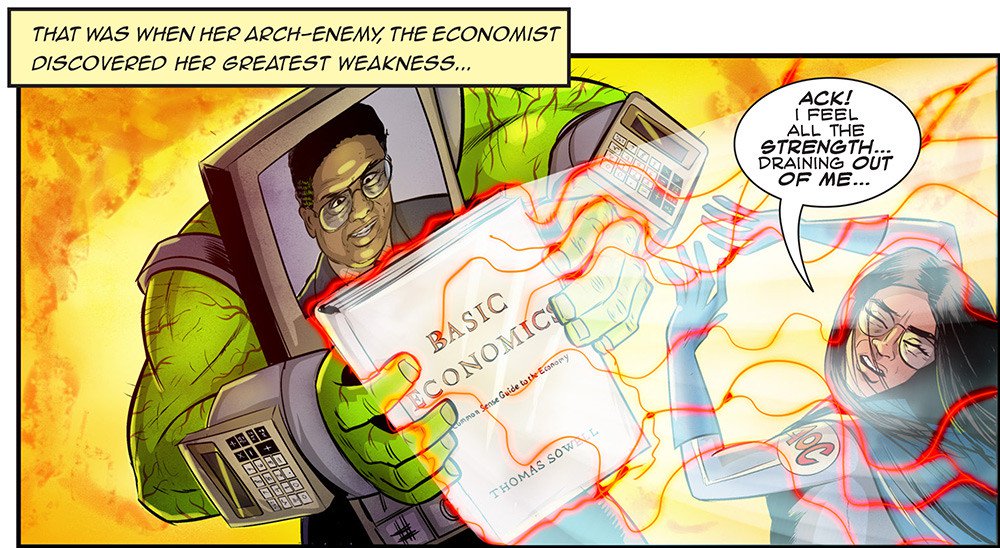 👍︎ 102
📰︎ r/TheRightCantMeme
💬︎
👤︎ u/aDwarfNamedUrist
🚨︎ report
Taiwan now has their own version of the HKHRDA. It's called Taiwan Allies International Protection and Enhancement Initiative (TAIPEI) Act, a law passed with strong bipartisan support, requiring the US to reward third countries that have strengthened or upgraded relations with Taiwan. reuters.com/article/us-ta…
👍︎ 407
📰︎ r/HongKong
💬︎
👤︎ u/baylearn
🚨︎ report
Didn’t pass the FSOT, anyone know of any other opportunities for diplomacy or gov work? Degree in international relations and Russian

I don’t see any entry level stuff. I graduated last December and have been searching for a year but I still don’t see anything. I also don’t see any pathways or internships and I’m running out of remaining time for those. Can anyone give me some advice on how to find opportunities ? USAJobs doesn’t seem all that ideal tbh. 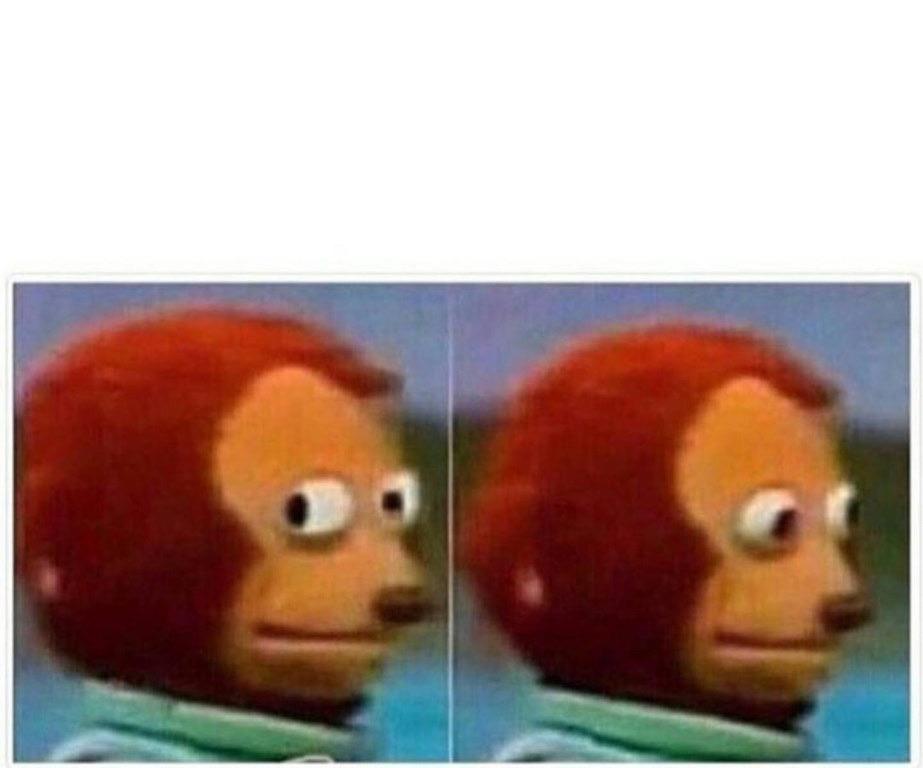 A year and a half ago I finished a Master of International Relations at a top university in Australia. Since then I've applied for around 100 jobs (in Europe/Mid East/Asia/N America/Australia) but I've not been able to get a single interview. I have international volunteer experience as well as several years of work experience in cultural/arts institutions. But still, nothing. I've considered learning another skill that could complement my international relations degree but I already have a huge university debt for my under/postgrad studies so I can't risk another useless academic pursuit (is there a more practical option?). I don't know what else to do. The thought of giving it all up and finding a menial random office job is really depressing. Does anyone have any advice?

Edit: Actually I have had ONE interview last year and that was for the UN Young Professionals Program 2017. I got through to the last stage which was the oral interview but I messed up one question so I didn't get selected. Almost forgot about that.

Has anyone taken this major ? How'd you find it ?

What kind a career would you pursue after graduating? 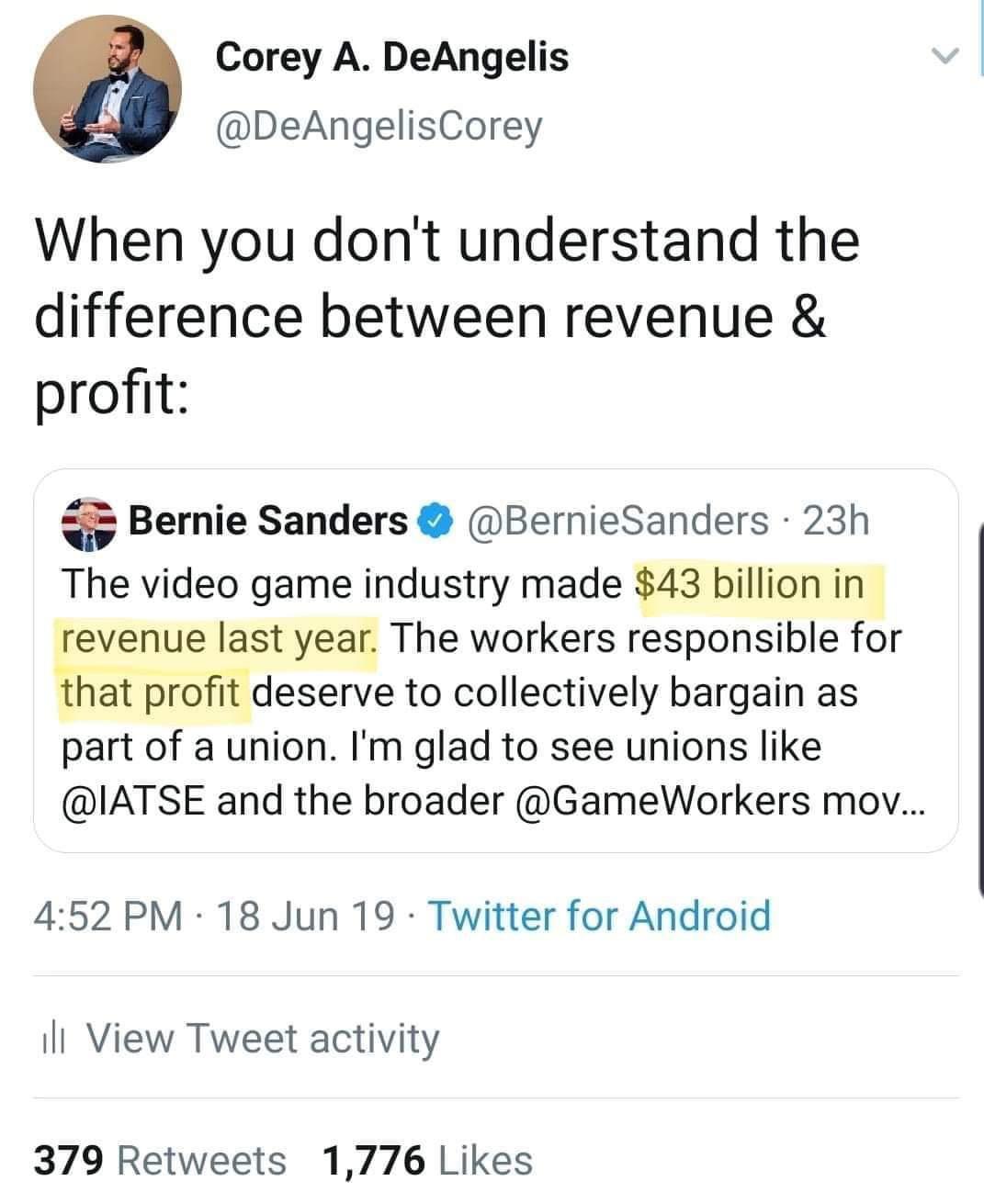 👍︎ 45
📰︎ r/QualitySocialism
💬︎
👤︎ u/Son0fSun
🚨︎ report
International relations between Australia and the US has never been higher. 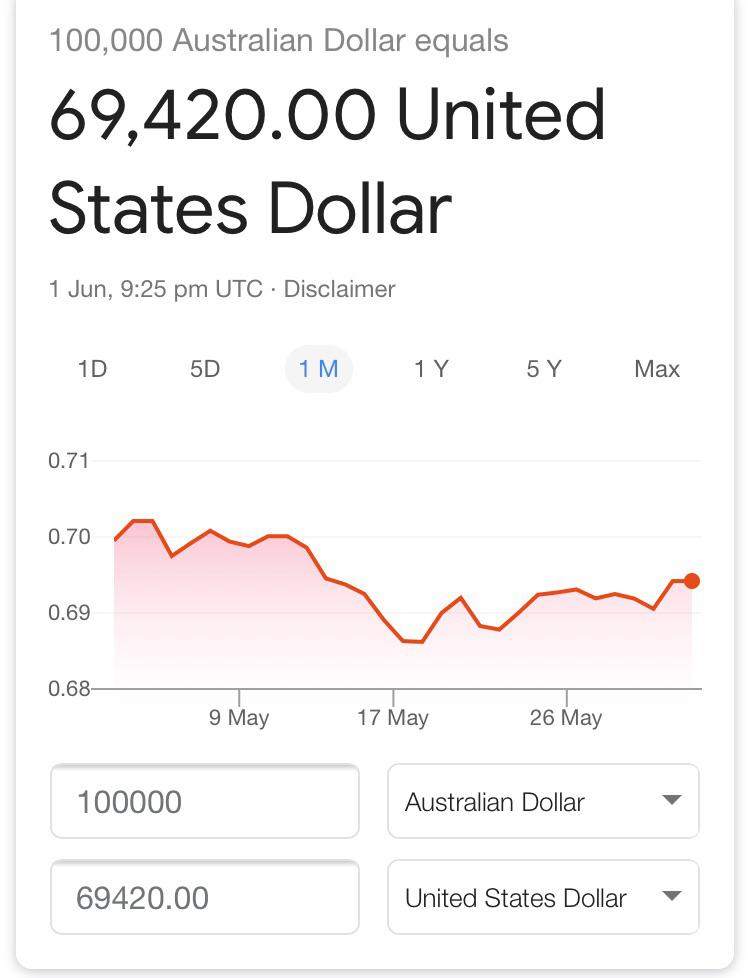 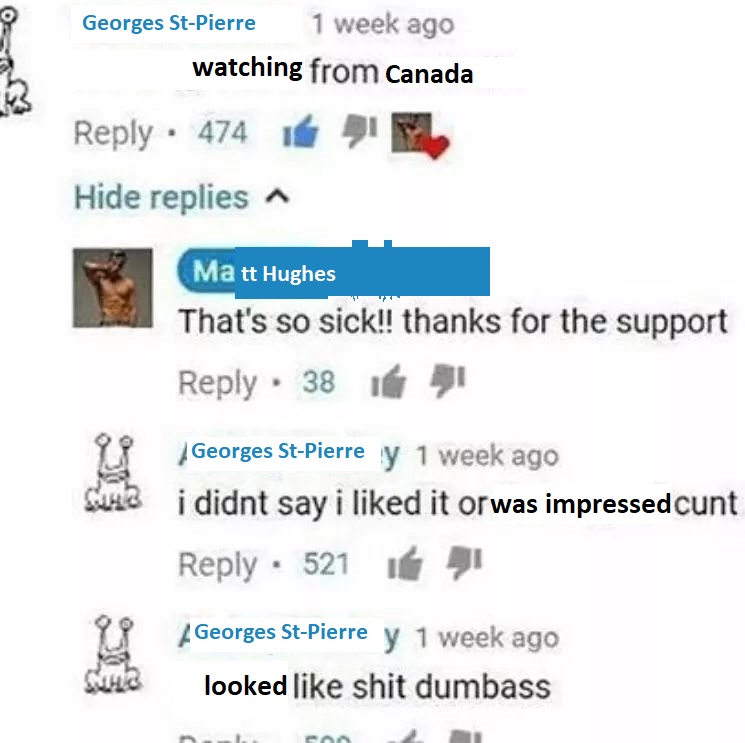 Once again, as a disclaimer: these are stories of my mum's co-worker Kevin. I was not a first hand witness to these events and am relaying them as they were told to me. This series of Kevents stretches across about a decade.

We are unfortunately nearing the end of our time with this Kevin, so this relatively short post will be the penultimate entry in my Kevin vs... series.

The company likes to reach out to new customers to secure additional business. This entails bringing prospective clients to tour the design and manufacturing facilities.

At the time of this incident, the company was courting a German good producer. As you can imagine, news of the German's arrival prompted some Basil Fawlty-ness and there were many cries of "don't mention the war". Kevin did not pay attention to this however. Not did he pay much attention to history. Or politics. Or basic human etiquette.

The clients arrived and were shown around the production floor. All seemed to be going well, until they were introduced to the design team. And Kevin.

Kevin gives a firm handshake and enthusiastically greets the German clients with a hearty:

The temperature instantly drops several degrees. The customers storm out in a cloud of German profanity, leaving Kevin dumbstruck.

"Why did you say that?!" The Director asks, clearly pissed.

No Kevin. No you didn't.

Hi everyone! I'm thinking of applying to some schools in Europe, even though I'm from the US. I speak English, decent French, and a little Spanish. My areas of interest are foreign languages in particular, as well as international relations and diplomacy. What are the best universities you would recommend, especially for those subjects? Right now I'm thinking about Universiteit Leiden in the Netherlands and Trinity College in Dublin, but I would like more options. 💕

👍︎ 8
📰︎ r/AskEurope
💬︎
👤︎ u/a-lot-of-sodium
🚨︎ report
Remember back in the day we could fix any problem with flex tape, even very complicated international relations 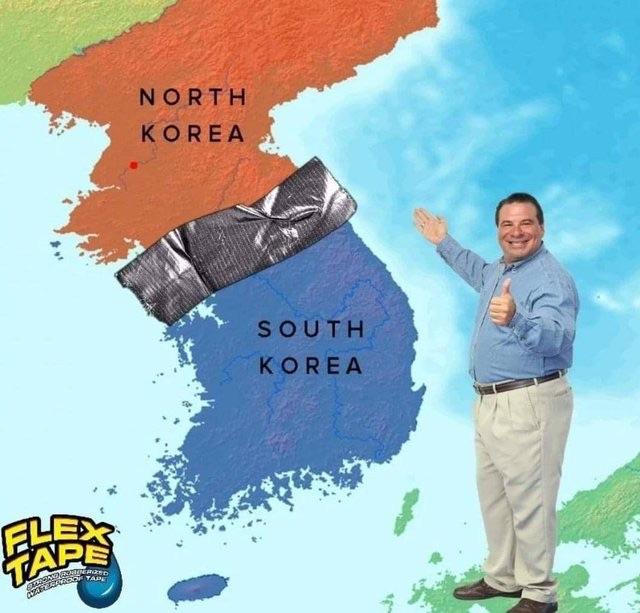 Aid: Yes, parents can only contribute about 1.5k/month

ACT/SAT: Planning on taking the SAT soon, pretty confident that I get an okay score.

GPA: We don’t really have a GPA, but my grades translate to mostly A’s and a few B’s

EDIT: okay I did calculate my GPA based on my last years grades and it came out to be 3.84, so I guess this year’s GPA will also be somewhere around 3.9.

-working as a guide in the Estonian National Museum of Occupation in English, German, Spanish and Estonian

-participated in the so-called “compassion project”, where I did a 1 week internship at a social workplace for the mentally disabled -several other occasions of working as a tour guide

-taking care of my mother who used to suffer from cancer

Schools: my first choices are University of Southern California (USC) and Stanford, will apply to more schools though (~T20)

Do you guys think that it is somewhat likely I will receive a scholarship to any of the schools mentioned above (including the T20s) or do you think it’s rather unlikely and I should focus more on getting accepted to European schools?

Give me a run down on what Scotlands diplomatic stances, relationships and objectives will be after independence.

Just got the offer. How good is this course at KCL? Is King's even a prestigious uni? From what I've seen on TSR, people say that it's bad and miles behind the likes of LSE and St Andrew's. Is it true?

I was wondering which college is better for this respective majors and would also appreciate any other input on each.

I have recently began reading non fiction. I'm currently reading Hitler by Ian Kershaw but would love to branch out and read something about the conflicts of today. Not necessarily only conflicts but a general functioning of various global powers. I'd even appreciate historical titles if you have any.

👍︎ 17
📰︎ r/suggestmeabook
💬︎
👤︎ u/wanderingthroughages
🚨︎ report
"Let me repeat a warning I gave in 2002: “War must be the last recourse in our international relations. And as a caring nation, we must do everything we can to prevent the horrible suffering that a war will cause.”" - Bernie Sanders on Twitter twitter.com/BernieSanders…
👍︎ 16
📰︎ r/BernieSanders
💬︎
👤︎ u/BernMod
🚨︎ report
What to do with International Relations Degree?

I’m 19 and plan to major in International Studies at University of North Texas. I’m kind of struggling with what to do with my degree after I graduate. What opportunities are out there for an International Studies degree? I know I don’t want to be part of the bureaucracy such as the CIA. I don’t really want to represent the interests of one particular place.

I thought about getting my master’s degree but certain factors may prevent me from doing that. What can I do without one?

Thanks in advance if you’re able to help!

International relations is a topic I'm not inimitably familiar with and as a result I'm sure my terminology won't be on point, so forgive me. I've taken a recent interest and have been doing some reading to get myself up to speed. I'm looking for feedback on whether I'm understanding things correctly.

It seems to me that liberalism is aspirational. In other words, while liberalism aims to provide a framework with which to analyze international relations, it also seems to be normative in a way that realism is not.

Realism seems to say, "here's the way the world works. When these power structures exist, states will tend to behave a certain way to maintain security and maintain or increase power." It doesn't seem to be a matter of what states ought to do, but rather that power structures will compel states to behave in certain ways in something analogous to the way atoms behave around other atoms as a result of energy differences and so on. To the extent we can't perfectly predict or understand events, that's a function of imperfect information. That's just the way things work, and "ought" doesn't really enter into it.

Liberalism, on the other hand, seems to place heavy emphasis on the historical fact that democratic and economically entangled states tend to enter into less conflict. But nothing about the universe necessitates that there be any democracies at all, and, similarly (though I think there's more a question on this one) for economic entanglement. In this sense, realism is a theory that doesn't seem to depend on the international landscape looking a certain way (certain kinds of states, certain kinds of economic systems, etc). Liberalism does depend on these historical coincidences, it seems, and since the existence of an environment suitable for cooperation isn't a given, that sort of environment must be actively cultivated, which is the part of the theory I'm taking to be aspirational, or normative. In other words, states ought to behave in ways that encourage cooperation, rather than that they simply will act that way.

Am I noticing a recognized distinction, or am I misunderstanding the theories?

Edit: My title is a bit confusing because I don't mean "aspirational or normative" as in is it one or the other. For the purposes of this post I'm conflating the two. I should have written "aspirational/normative" or something along those lines.